The eminent French sociologist Émile Durkheim wrote more than a hundred years ago on the consequences of anomie in society, a term generally defined as the absence of a norm, or a situation in which societies and social groups do not agree on norms of behavior, resulting in a breakdown of the structure and disagreement on values and behavior guidelines.

Durkheim associated anomie with suicide, and later researchers focused on the condition of anomie and its relationship to social issues such as crime and deviance. The important point to remember: when societies and social systems lose the sense of a common accord, and when the citizens of a society become disconnected from structures and systems, society can suffer negative consequences.

Over the years, there has been a lot of nit-picking and disagreement among scientists over Durkheim’s writings, including the emphasis that he never precisely defined anomie. As a result, we cannot empirically measure the exact level of anomie in contemporary American society. But there are several trends evident in our study of public opinion which I think signify a move towards new frontiers with less tradition and more criticism of systems and structure, leading to important but largely unknown implications. for American society in the years to come.

Changing the norms of sexual behavior

the first one of these trends has been a shift away from norms that control sexual behavior and support family-centered reproduction and a movement toward individual choice regarding moral decisions and values. I noted in a recent review that Americans are increasingly likely to say that many of these behaviors are morally acceptable – including having a baby out of wedlock, having sex between an unmarried man and woman, having same-sex relationships. , divorce, teenage sex, and polygamy. As I pointed out, “the opinions of ‘having a baby outside of marriage’ provide a good example. Twenty years ago, 45% of Americans said this behavior was morally acceptable, suggesting a lack of a two-way normative consensus. Today, 67% of Americans say it’s okay, a clear indication of a much lowered standard that “frowns” on what was once considered stigmatized behavior. “

Rising standards of individual choice mean that individuals can make up their own minds about how they want to behave in many aspects of life. This is related, in my opinion, to the finding that fewer Americans can be classified as participants in religious organizations and fewer identify with a specific religion. And, perhaps due to a reduced disapproval of sex and having a baby out of wedlock, we have seen an apparent decline in traditional family formation.

Second, Gallup data shows a decrease in trust in major societal institutions, especially compared to previous decades. As my colleague Megan Brennan recently summed it up: “Average trust in the 14 institutions Gallup has followed over the long term continues to lag behind what it has historically been. Specifically, we see a marked decrease in trust in church and organized religion, the Supreme Court, Congress, public schools, the media, and the presidency. Americans continue to name the general institution of government, including its leadership and effectiveness, as the most important problem facing the nation.

Critique of societal systems and structures

The third, and directly linked to the decrease in trust in institutions, we see an increasingly critical look at what constitutes the “systems” and “structures” of our society. We frequently hear the word “systemic” used in journalistic, political and advocacy discourse, representing a critical focus on the problems of our large-scale societal foundations. As a BBC headline said in reference to the impact of COVID, “Coronavirus: Why Systemic Problems Leave the United States at Risk.” In recent years, we have seen a substantial increase in referrals to systemic racism or of construction racism, which means the emphasis on fundamental and fundamental aspects of American society that lead to negative and unsustainable outcomes for minorities.

The focus on structure and systems as the root causes of societal dysfunctions can be differentiated from the focus on individual actions and responsibility. Emphasis is placed on the view that members of society are controlled by systemic and structural factors that largely influence their situations and life chances. Social systems and structures are linked, the argument goes, not only to racism, but also to inequalities, unequal life chances, huge economic and wealth differences which are often directly related to demographic status, and many others. societal dysfunctions. The emphasis thus shifts to the need to delegitimize and reform these structures and systems. The hope is, and I will come back to this below, that we can replace them with structures that lead to more optimal results.

Impact for the future

These three trends in public opinion are trends and are not reflected in all subgroups of society. There are major partisan and ideological differences in how Americans relate to norms, institutions, and views on structures and systems. But the broad general trends are clear.

There are, of course, strong arguments as to why these trends – an increased acceptability of previously taboo moral behaviors, a loss of trust in major societal institutions, and a scathing critique of many systems and structures in society – are appropriate and necessary. to remedy the unsustainable, negative aspects of American life. Many norms, institutions and structures represent historical and cultural processes that are no longer appropriate or necessary in our society. And without doubt, the process of reassessing the basic structure of any society or social organization is important and can lead to rejuvenation and positive change.

At the same time, and this is what Durkheim wanted to achieve many years ago, any social system of significant size must have structures, institutions, culture and norms which give its citizens meaning and meaning. purpose, and which allow society to continue to exist and move forward and avoid collapse, dissolution and disarray. This is true for businesses, and it is also true for large corporations. In fact, sociology, my field, first followed in Durkheim’s footsteps by studying the structures, norms and institutions necessary and functional to maintain a society – as is the case with structures and statutes. of any organization. Sociology and the social sciences have changed direction in recent decades; the current perspective calls for a critical analysis of the dysfunctions and what is wrong in society, with a particular assumption that society’s problems largely reflect the actions of those in power, wealth and privileges.

As is the case with much of life, we essentially come to compromises. Once we start to dismiss norms and structures as arbitrary and resulting in negative consequences – however appropriate – we end up with a different kind of challenge. The question we face is how to best and optimally replace existing norms, institutions, systems and structures that have become the subject of criticism and targets of revision. As people wiser than I have noted, it’s easier to criticize than to build. It’s easier to be negative and focus on what’s wrong than to make specific plans for systems and structures that will make things right. We may not have achieved true anomie in our society, but we are getting closer and therefore have a clear need to understand where we are going from here.

It is not a question of one or the other; it is clear that there are new standards and many suggestions for restructuring society and rethinking the functioning of large institutions. But as research shows Americans show a lesser need to adhere to traditional norms and exhibit increasingly negative perceptions of institutions, structures, and systems, it’s important to focus on how the public would like to see. things change. This remains a major challenge for the years to come. While it is important to critique the systems and structures of our society, it is equally important to recognize that we need acceptable systems and structures that will work well in their place.

To stay up to date with the latest Gallup News information and updates, Follow us on twitter.

Previous University of Finlandia to require masks indoors for 3 weeks 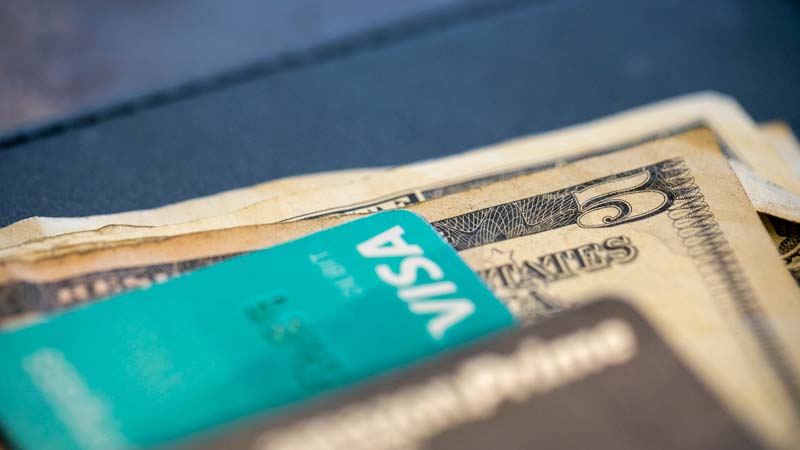