Kerala has been in the news in recent months for all the right reasons. After attempts to reduce the impact of Covid-19 were made, Kerala led the way with humane, competent and effective measures. These ensured the best possible results and minimum suffering for the people of the state.

Kerala is a state where public health services are better organized and accessible to most people. It is also the state where the forces representing nationalism in the name of religion have failed to achieve substantial electoral success. This despite large network of RSS Shakhas and their constant efforts to communitize the issue as the issue of women’s entry into Sabrimala. There is an ongoing battle of physical violence between RSS and CPM cadres in Kannur. Both blaming the other and presenting the numbers where people killed because of this violence are shown to be bigger on their side.

To add to the opportunities for the polarization of society, the next centenary of the Malabar rebellion, also known as the Mappila rebellion, in 2021 could provide another opportunity for communal forces.

Recently, director Aashiq Abu said a Variyamkunnan film project about the life of Variyamkunnath Kunhamded Haji, a leader of the rebellion, who was executed by the British. His struggle was mainly focused on the problems of the peasantry, which suffered severe oppression from the landowners and their henchmen. These owners, the Janmis, mostly high caste Hindus, were well protected by the British. Interestingly, the problem arose because the owners were Hindus and the peasants were Muslims.

“How Islam came to India”

As we know, Islam came to India on the Malabar Coast through Arab traders and many of those who fell victim to caste, the Varna system converted to Islam because of this interaction. As a symbol of this first entry of Islam into India, we cherish the Cheraman Juma Mosque, the first in India, being located in the Malabar region.

When the film project was announced, it seemed like another opportunity for the communal elements to polarize society along the lines of religion. A Hindu Aikya Vedi presented a campaign program to oppose the filmmakers’ goal of “glorifying” Haji along with other leaders who were at the forefront of the Mappila Rebellion, also known as the Moplah Uprising. This rebellion had broken out in August 1921 in the southern region of Malabar and Haji was captured in January 1922.

The rebellion failed and was ruthlessly suppressed by the British. He slipped into the Muslim versus Hindu angle, although the main leadership of the rebellion kept it as a rebellion to address agrarian grievances. Few fringe elements have made it an anti-Hindu tirade. According to Arya Samaj (quoted in Sumit Sarkar’s book on Modern India), nearly 2,500 Hindus have been converted and 600 of them have been killed.

The rebellion occurred at a time when the movement for the restoration of Khilafat in Turkey was underway. In India, under Gandhi’s leadership, the Indian National Congress supported the Khilafat movement, with the main objective of the Gandhi-led Congress being to ensure that Muslims are also part of the anti-British movement. During the rebellion, Haji carried out numerous attacks against individuals, including Muslims, who had been loyal to the British.

This rebellion also provided an opportunity for some rabid fundamentalist elements who presented the rebellion to look against the Hindus. As such, many non-Muslims also participated in the rebellion and many Muslims did not support the anti-Hindu stance of these elements.

The rebellion’s deepest problem was the severe oppression of poor peasants. The peasant rebellion had a long history in the region before 1921. Like the landowners Janmi, supported by police, courts and tax officials; became more oppressive on the lower classes, the Moplah peasantry in turn began revolt against them. There was a series of these uprisings first, such an epidemic took place in 1836 and later between 1836 and 1854, 22 similar uprisings took place, of which the one of 1841 and 1849 was very serious.

Sociologist Summary of DN Dhanagare of rebellion is very appropriate. According to him, this was due to “the serious neglect of basic land security, the deterioration of landlord-tenant relations and the political alienation of the poor peasantry were the important formative conditions” of the rebellion. He further observes that the grassroots movement around rental issues has mingled with the Khilafat movement and the non-cooperation movement.

The Khilafat movement launched in 1919 helped to give new impetus to the grievances of Muslim peasants. As the Khilafat Movement created pan-Islamic sentiments, local grievances linked to global grievances, giving it new vigor. Later, the collapse of Khilafat gave a feeling of utter frustration and escalation of violence.

In this complex storyline, the Haji, on which the film is being screened, were strongly opposed to giving the rebellion a religious color, while a small section attempted to give it a community turn, mainly due to the fact that the Janmis ( owners) against whom the rebellion was directed were mainly Hindus, upper caste. British rule was a great protector from atrocities and harsh exploitation by landlords. Haji during the rebellion, carried out numerous attacks against individuals, including Muslims, who had been loyal to the British.

The Malabar Rebellion to some extent created the inter-communal conflict, which was unintentional and nowhere on the agenda of rebellion leaders like Haji, on whom the film was planned. The British, who sought to promote their â€œdivide and ruleâ€ policy through all mechanisms, presented it as an attack by Muslims on Hindus.

Hindu communal forces presented him as Hindu genocide. The rebellion was ruthlessly suppressed by the British with nearly 10,000 Muslims killed and many more exiled to Andmans. A rebellion that was above all a peasant rebellion unfortunately got bogged down in a complex situation. A proper assessment of the rebellion will help us to see better the whole phenomenon of society.

For all the latest News, opinions and views, To download Ummid.com application.

To select Tongue To read in Urdu, Hindi, Marathi or Arabic.

Next Sisters in ministry - Mont Sainte-Scolastique 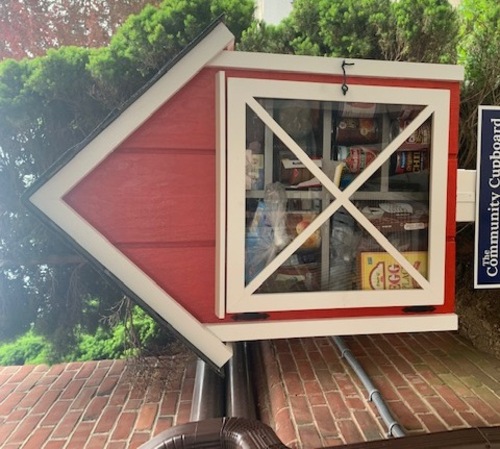