Mombasa – Muslims around the world are preparing for the start of Ramadan, the month of worship, sacrifice and charity, which begins this weekend in much of the Muslim world, as soon as the new moon is sighted.

This year’s Ramadan will be the first without any curbs since the start of the Covid-19 pandemic in 2020.

Residents interviewed say they plan to take full advantage of this Ramadhan and have full religious activities amid eased pandemic restrictions, but are also keeping tabs on Covid-19.

Mosques in the coastal city of Mombasa during the Friday Khutbah (sermon) urged worshipers to seek out the Ramadhan crescent moon.

The city’s mosques have also started special sessions and classes (Darsa) to usher in the holy month of fasting.

Others have started making and distributing to worshipers Ramadan timetables containing the start and end dates of the holy month.

Moon sighting is usually done with telescopes or by looking at the sky with the naked eye before it is announced.

Fasting during Ramadhan is one of the five pillars of Islam, along with the Muslim declaration of faith, the five daily prayers, the offering of Zakah (charity) and the Hajj pilgrimage in Mecca, Saudi Arabia .

The month commemorates the first revelation of the Holy Quran (Quran) to Prophet Muhammad according to the Islamic faith.

During Ramadhan which is the ninth month of the Islamic lunar calendar, worshipers abstain from food, drink, sex and smoking from dawn to dusk.

Ramadhan requires every mentally and physically fit Muslim who has passed the age of puberty to abstain from food, drink and sex from dawn to dusk during the month.

Fasting is compulsory for every Muslim, male or female, but exemptions include children below the age of puberty, the insane, men and women who are too old to undertake the obligation to fast.

Others include sick people whose health is likely to be seriously affected by the observance of fasting, pregnant and nursing women, and menstruating women.

“Muslims should seek the moon from today (Friday) and Saturday and if they are not sighted, Sunday will automatically be the first day of Ramadhan,” said Sheikh Abud Mohamed of the Sheikh Jundan Mosque.

Sheikh Mohamed said the fast aims to bring the faithful closer to Allah and remind them of the sufferings of the less fortunate members of society.

“Ramadan is almost upon us and we should prepare to mark the holy month with intense fasting and prayers,” he said in his sermon.

The cleric said that during the blessed month, Muslims observe strict fasting between dawn and dusk and engage in pious activities such as Quran recitation, prayers and charitable donations.

“Ramadan is a month of mercy, connection and happiness everywhere,” he said, adding that Muslims should pray for religious harmony, peace, prosperity and tranquility in the country.

Sheikh Omar Buya, a religious scholar, says the month of Ramadan instils a sense of empathy within the Muslim community.

“It allows us to understand the situation of the less fortunate members of society and to feel and experience the pain of hunger and the pangs of thirst that the poor experience on a daily basis,” he said.

For his part, the Kenya Muslim National Advisory Council (KEMNAC), Chairman Sheikh Juma Ngao, said Muslims should refrain from speaking ill of others and participating in acts of compassion.

Sheikh Ngao said that while Ramadhan is a month of fasting and deep reflection, devotion to God and self-control “it is also a time of socializing, sharing food and having a festive atmosphere”.

“It gives us the opportunity to rectify ourselves by doing many good deeds such as providing food to the needy, improving social interaction and doing a lot of charity,” he said.

Sheikh Ngao urged affluent Muslim families to help the less fortunate members of society during this holy month of Ramadhan to enable them to observe the fast comfortably.

During the month-long fasting period, hundreds of street vendors across Mombasa sell a variety of authentic Swahili house delicacies that are irresistible and used in iftar (the fast-breaking meal observed during Ramadhan).

Whole streets are taken over by food vendors during the Ramadhan season and transformed into a bustling food bazaar, but Muslims have to wait until dusk to partake in the myriad of mouth-watering delights.

Throughout the month, people throng to the many crowded Ramadhan food bazaars specially set up for worshipers to buy Swahili cuisine to break the fast.

The food bazaars that spring up like mushrooms in the streets of Mombasa during the month of fasting have become something of an annual phenomenon.

It is a thriving business and a month of boon for Ramadan food traders, as many households and visitors go to bazaars to buy ready meals for their breaking of the fast.

Ramadhan bazaars are special and popular because some traditional and rare delicacies they sell are only found during the month of fasting.

Some of the delicacies sold in the open air include dates, pancakes, kebab, Shewerma, samosas, mahamri (Swahili donut), Kaimati (sweet dumplings) and Viazi karai (fried potatoes) among d other delicacies.

Dates are sweet fruits that grow in a palm-like tree and are mainly found in Middle Eastern countries, including Saudi Arabia, Iran, Jordan, Syria, and the United Arab Emirates.

The Organizing Secretary of the Council of Imams and Preachers of Kenya (CIPK), Sheikh Mohamed Khalifa, said dates are traditionally the first foods worshipers break their daytime fast in the evening.

The rise in popularity of Ramadhan bazaars can be directly attributed to the wide range of food items sold and the opportunities offered to numerous traders.

Next The Recorder - Faith Matters: The Anointing Woman 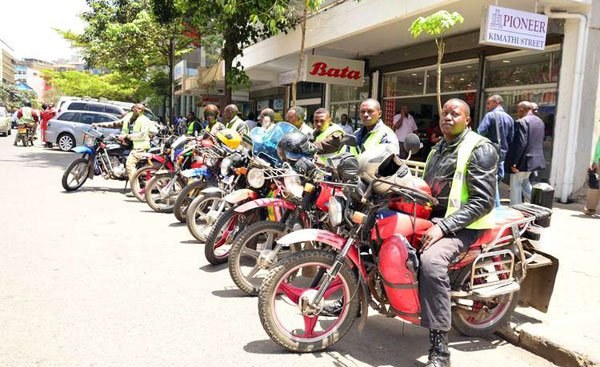