‘Niyi Akinsiju argues that instead of promoting abhorrent ethnic nationalism, more Nigerians should awaken to the need for leadership that will ensure transparency in government and integrity in governance.

It is important to explain why The Nigeria Agenda chose Kano for its first national advocacy campaign. It is the result of a rationalization that was based not only on the central positioning of the city in the geopolitical zone of northwestern Nigeria, but more importantly, because of its strong history of civic engagement manifested in the sublimity history of Talakawa political culture. and tradition that still define city politics and, to a large extent, state politics in contemporary times.

Thus, while citizens, especially of the pejoratively termed social and economic category of commoners, in other states of the Nigerian federation lamented their burden of existence and apathetic fate in a political system materially dominated by a minority elite , which is generally ruled by narrow self-interests that were primarily concerned with the selfish expropriation of the collective heritage, the commoners of Kano, the Talakawa, had long since found and aggregated a common social, economic and political identity and purpose in their number. And, earlier than any citizens’ movement anywhere in the country, pledged not only to fight for democratic power, but also, through concrete class action, to insist that the people be the center of government and governance by working through the covenant inherent in the 1951 Sawaba Declaration of Principles.

This inaugural advocacy of the Nigerian agenda in the city of Kano is in deference to that early act of political self-empowerment and activation, consummated some 71 years ago under Mallam Aminu Kano, the teacher, whose Boundless Humanism inspired a mass popular ideological movement and trending politics that remains a landmark in the simplicity of its context and at the same time, its conceptual sophistication that helped ordinary people overcome false divisions within their ranks. And, in honor of those patriots who continued to propagate and sustain the ethos of that era.

While Kano’s political and ideological pedigrees provide a solid foundation for this advocacy, we also find an alluring proposition in the evidence of political activism from its political history, which continues to evolve through contemporary times, in as an adaptation paradigm for The Nigeria Agenda.

History is replete with peripheral politicians and political activists of various hues and characterizations, who, at their convenience, and in pursuit of vain political and material gains, regularly verbalize, in vicious excoriations, the challenges and shortcomings of the Nigerian nation and, at times, in the most delinquent ways, engaged in brazen revisionism as they fraudulently maneuver to manipulate the feelings of the public with the aim of pitting one group of Nigerians against others, with the primary aim of s securing places and advantages within the country’s political leadership hemisphere.

So while the nation is treated to cacophonous scenes of sometimes curious and unnecessary disagreements by these protagonists of our divergence, we continue to witness a unity of a small number of individuals on the top hierarchy of the political tree. , satisfied with privileges of power and offices although they come from different ethnic groups and religions.

Nevertheless, their stubbornness becomes manifest in the face of any possible threat to their continued holding of their places in the privileged political class, they veil their personal interests in a noble text like disaffections of engineers in the public space while they incite the civil population to an effusive proclamation and protest of denial of rights, marginalization, injustice, inequality, inequality seasoned with a large dose of odious ethnic nationalism and prodigious explanations of verses that highlight national differences.

The upshot is that there’s a lot of victim mentality on display with an equal entitlement mentality in public space, as professional disaffection sellers criminally seduce innocent citizens over a cocktail of twisted logic and script painting. fraudulent in the offers to assert the justification of the stratification of the nation along ethnic lines and other yellowish lines. All this in an enterprise of sophistry in the service of a few who have become adept at dividing the nation according to primitive feelings.

I do not wish to dismiss the opportunities for injustice and marginalization in our country in this presentation, not at all. These, in fact, are the characteristics of any community of human beings and there are many examples of them in our records as a country. It is, however, the industry of magnifying our differences which is now flourishing as an alternative national option which, here, I submit, is not a true representation of the Nigerian situation.

The truth of our story is at odds with what these subject matter experts and champions of our national chasms want us to believe with their slanderous venting of an alternate reality, as they frivolously argue that despite our most 150 years of experience of social and economic interactions as peoples of different languages ​​and ways of worship within this common geographic space, we have yet to evolve into a true nation. It is a deliberate distortion of our reality. While, indeed, the nation is a journey and in constant evolution, Nigeria has, from all the markers of national identity, arrived at the anchor of the nation. And this at a significant price; from a population of just over 56 million in 1963, together we have walked dangerous ground strewn with eight known coups with their violent and peaceful variants; including various uprisings, mostly sparked by local differences over tribal boundaries and religious differences. Plus, of course, the social dislocations and economic deprivations of all kinds during our 63 years as a sovereign state. However, our number has reached the colossal figure of two hundred and six million people, it is a singular testimony of our unity as a people.

Indeed, since the merger of 1914, Nigerians and Nigeria have grown and become stronger and more resilient, intermarrying across religious and ethnic divides, trading and doing business with each other, migrating and settling across Tribal geographic boundaries, even within the political firmament, politicians crisscross party lines in shifting affiliations that have become a distinctive feature of democracy in Nigeria. We have grown to share the pains and joys of our countrymen across tribal and religious lines. As a people, we have learned together to continue to be nourished by the hope and the prospects of Nigeria’s transformation into a tremendously great country, with all its social, economic and security implications. Even if our faith and our determination in this country, despite the low speeches and the dangerous cynicism launched in certain circles, have remained unshakeable. A good reason why we remain firmly united today.

But as we yearn for greater economic returns and ennobling social conditions, recruiting the right kind of leadership at all levels of governance to facilitate them is crucial. This is where Kano’s political paradigm that I had idealized earlier applies; recognition of our inherent and growing unity as a people due to our shared history and experiences, and the need to galvanize the ability to hold leaders accountable and accountable to the people by acting and thinking across divides our differences in recruiting, evaluating and monitoring the performance of political leaders. The Talakawa of Kano were able to transcend primordial sentiments by bonding around the virtues and attributes of their commonality to achieve political ascendancy through the solidarity of a single mind to dominate the political space for the good of the people.

Borrowing from the Talakawa phenomenon, it is necessary to regroup in a conscious vertical and horizontal solidarity, the more than 280 ethnic groups of different languages, divided according to the two dominant religions, must transform themselves into agents of recruitment of active, conscious leaders of their rights, duties and responsibilities as Nigerian citizens and become potentates in the democratic space by abandoning basic appeals to primordial differences. And, as a collective, demands of leaders, the demands of social progress, economic growth, security of life and property at all levels of government. And to that extent, build leadership that will ensure inclusiveness, transparency of government and integrity in governance rather than those that will excuse catastrophic performance or criminality in the conduct of government on screen smoke of ethnicity and religious persecution.

This translates into making political leaders accountable for their actions in office to the citizens; ensure respect by leaders for the ethics of fairness, equality, the right of access to material goods, justice and the enjoyment of an unimpeded peaceful existence wherever we may find ourselves in the Nigerian geographical space without letting or hindrance. These are the pillars upon which the Nigeria Agenda hinges, and upon which we invite you to review and embrace, and join us in amplifying and spreading across Nigeria, mindful of our Nigerianness.

Previous Restoring the rights of our Wabanaki neighbors

Next The revival of indigenous subsistence hunting is at stake 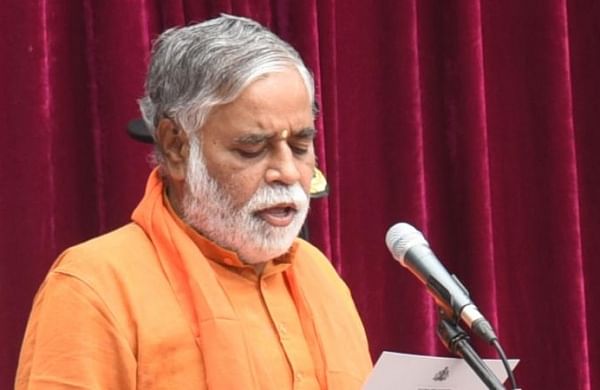 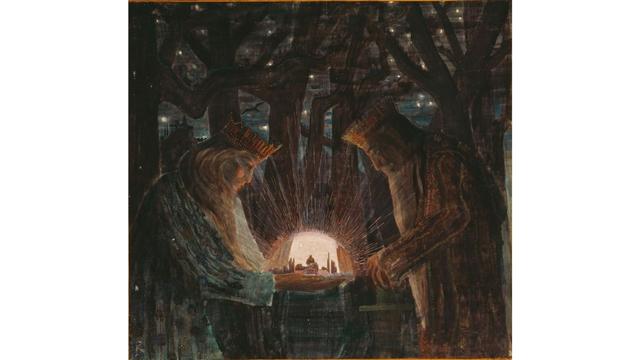 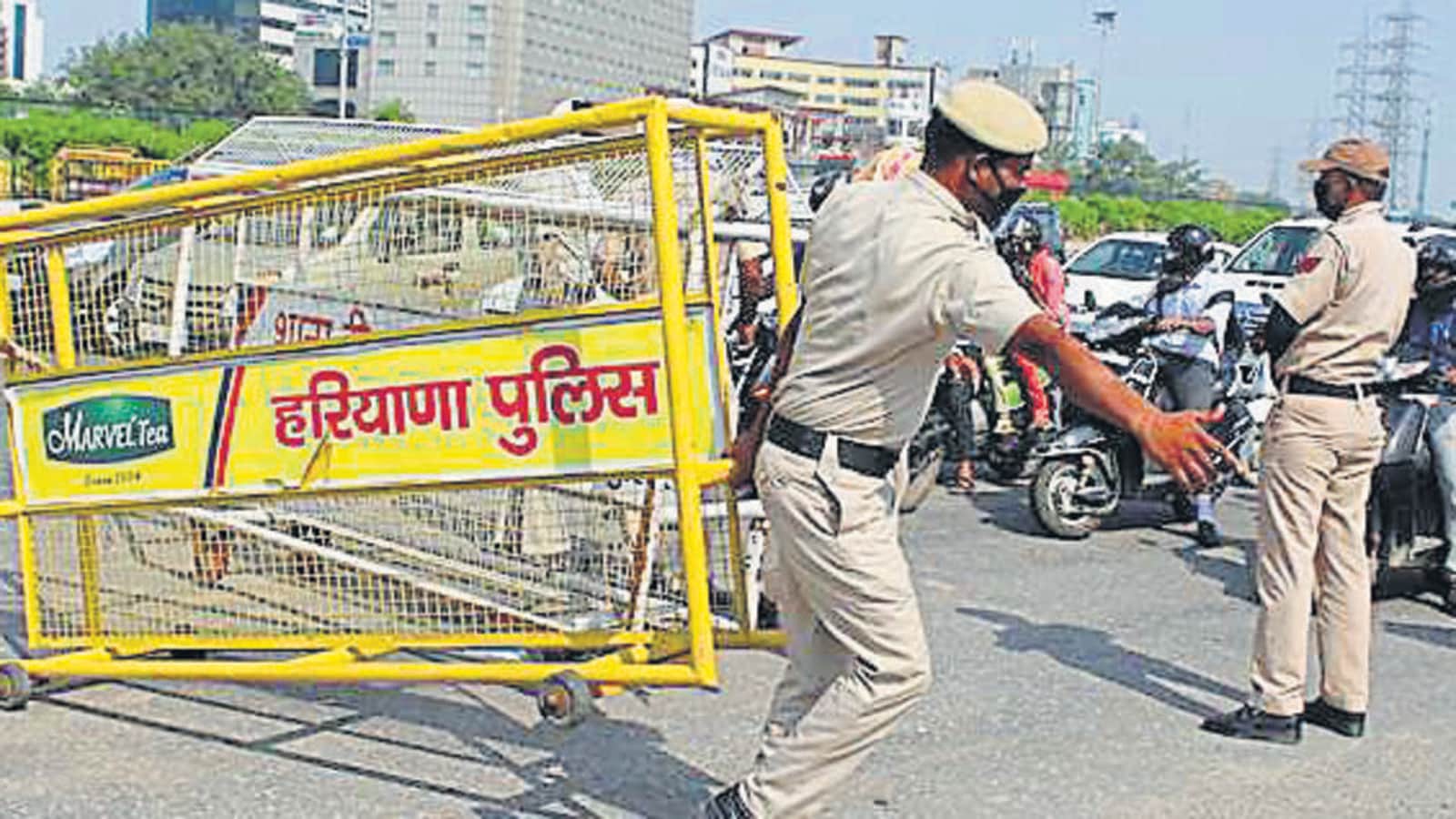