When the Mount Marty University football and volleyball teams competed this fall, they knew they still had a prayer.

That’s because Lancer’s two squads were joined on the fringes and elsewhere by Catholic nuns serving as chaplains. Sister Carmy Luke took care of the volleyball team, while Sister Terry Lafferty did the same for the football program.

Both women are Benedictine Sisters of the Monastery of the Sacred Heart, and this marks the first year for team chaplains at the Catholic university. The nuns combined their vocation with their love for sport, creating a spiritual experience for coaches and athletes.

Sister Maribeth Wentzlaff, the prioress of the monastery, said the Benedictine nuns have always been big Lancer fans.

“You see us sitting together at basketball and baseball games or other events,” she said. “We like to support the teams.”

However, the Sisters wanted to provide chaplains for a while.

In particular, they wanted to follow the example of a nationally known nun – Sister Jean Dolores Schmidt, chaplain of the Loyola University Chicago men’s basketball team.

Sister Jean became a household name in March 2018 as the nation followed the story of the then 98-year-old nun. Cameras focused on her cheering from the sidelines during Team Loyola’s Cinderella run to the Final Four during March Madness.

“If Loyola can have Sister Jean, why can’t Mount Marty have his own sisters as team chaplains? Sister Maribeth asked with a smile.

The Benedictine Sisters seek to inspire Mount Marty athletes in much the same way as their well-known Loyola counterpart.

“Sister Jean is so well known and loved. She turned 102 and continues to be strong at basketball games. Players go to her on the sidelines before and after games,” Sister Maribeth said.

“His big motto for them is ‘Love, work and earn.’ Sister Jean played basketball when she was younger and she advises players on what they need to improve their game.”

Mount Marty’s plans for team chaplains have been put on hold during the pandemic. As COVID regulations have been relaxed, the sisters have moved forward by providing chaplains.

In the first year of chaplaincy, the Benedictine Sisters began with the two autumn sports. Both nuns had a passion for sports and a desire to provide spiritual support to Lancer teams. The two nuns said they see their role as raising awareness.

Sister Carmy had previously served as a volleyball chaplain for seven years at O’Gorman High School in Sioux Falls. She sat on the sidelines, attending team practices and most games.

“I led the team’s prayer and also prayed for all the intentions (special requests) of the girls,” she said. “I just wanted to be a presence for the team and support the girls. That’s mainly why I offered to do it at Mount Marty.

Sister Terry wanted to not only offer prayer, but also help players and coaches develop their own prayer lives.

“People find value in prayer. They find a deep sense of faith that points them to God,” she said. “A lot of people think they don’t pray well. I’m just giving them an example of how to pray. They don’t have to do anything special. »

Lancers athletes and coaches realize they can use their talents to glorify God, Sister Carmy said.

“Their faith can help them as they face struggles and challenges,” she said. “One of our volleyball players taught during the season. I wanted to support her in her daily life and in the context of her vocation.

As the team’s chaplain, Sister Terry asks for blessings on all participants in a game. “Both parties are doing it for the glory of God. I ask that we all be winners in our spiritual lives as well as in athletics,” she said.

Sister Terry found herself in a unique position when Mount Marty launched its new football program last fall. “We spoke to the coach (John Michaletti) about the possibility of having a chaplain, and he thought it was a good idea,” she said.

Sister Terry naturally gravitated towards Lancer football, saying it was her favorite sport. Coming from Philadelphia, she became a fan of her hometown Eagles in the National Football League and then her varsity team at the University of Pennsylvania.

“When I came here and they told me Mount Marty didn’t have football, it made me very sad,” she said. “But when I heard football was coming to school, I was very happy.”

The introduction of football meant an influx of around 100 players to campus. The situation meant a totally new environment for everyone involved in launching the program.

Sister Terry’s bond with coaches and players is not limited to the sidelines or game days.

“I have part of the team as students in my classes, and two football players are my prayer partners,” she said. “It’s nice to have that element, where you’re there for them to talk about anything. They’re okay with coming to me about spiritual things or anything else in their life.

Sister Terry has literally become a blessing to a number of players.

“I prayed with the whole team before the games. Halfway through the season, the team’s kicker came up to me and said, ‘Sister, will you bless me?’ I said a prayer over him,” she said. “Over the next four games, other players came to me asking, ‘Sister, do you have a blessing for me?’ It was pretty cool to see them asking.

After the last home football game, a Mount Marty player asked Sister Terry if she would agree to lead a prayer with the two teams together.

“By then the other team had formed a circle and started their prayer, so we didn’t,” she said. “But if they want to start next year, I would be happy to do it with both teams.”

Sister Carmy led prayers for the volleyball team and made herself available to speak with coaches and players. She also had fun with the team, winning the funniest costume at her Halloween team practice and meeting the players’ families on senior day.

The nun’s presence had a big impact on the MMU volleyball team, according to coach Belen Albertos Asencio.

“It meant a lot to us to have Sister Carmy as our team chaplain this year. She prayed with the girls before and after our games. She collected all the prayers of our players. She was one of us,” the coach said. “I can tell you the girls love her. When we have recruits for a visit, I say ‘our sister’. She’s part of our family now.

Both nuns said they received respect from their teams.

“The team appreciates having us here,” Sister Carmy said. “I think coaches also like to have another person to support them and pray for them.”

College life and athletics are stressful enough, but the two nuns have been helping students and coaches deal with the effects of the pandemic on their daily lives.

“There’s a lot of COVID-related fatigue,” Sister Terry said. “We are seeing a huge increase in depression among college students.”

Students have often found their personal interactions and socializing limited by the pandemic, Sister Carmy said.

COVID fatigue hit in another way, Sister Terry said. “They couldn’t return home to their families. They tended to stay on campus a lot more rather than going home for breaks,” she said.

Sister Terry has adapted her prayer and ministry to the current situation.

“I emphasized how we bring talents and skills to this game, that we represent the university and that God is watching over us,” she said. “There are lessons to be learned, and we must be open to any lesson God wants us to learn.”

The Lancer football team had no wins in its first season but played competitively and had a chance to win games, Sister Terry said. In such a situation, it helped players to focus on not found wins on the scoreboard.

“It was important this year, since the team didn’t win, to let the coaches and players know that winning is not the end of the game,” she said. “We’re having fun and representing Mount Marty well. We also use the talents that God gives us.

Sister Terry praised Michaletti and his team for encouraging their players even in difficult times.

“(Michaletti) would tell them every game, ‘I love you and I’m very happy with what you’ve done. We have room to grow and we’ll seek God’s grace in adversity,’ said the nun. “He was really good about it.”

When asked if they planned to continue as team chaplains, both nuns replied with a “Yes!” resounding.

Sister Carmy wants to push her role a little further.

“Hopefully I can have a little more time to sit down with the team and talk about how things are going,” she said. “I just want to be there, listening to them. I not only want to help them during the season, but also with summer camps, if I can.

Sister Maribeth would like to expand the number of team chaplains in future years to include other sports.

“The ideal would be to have nuns for each team. I think it’s another way to influence the college with our students,” she said.

“It’s a way to help others find God in everything you do, whether it’s playing sports or any other part of your life. I wish more students would experience this.

Previous Can I terminate my car rental contract early if I become disabled?

Next All religious minorities at risk under the Taliban 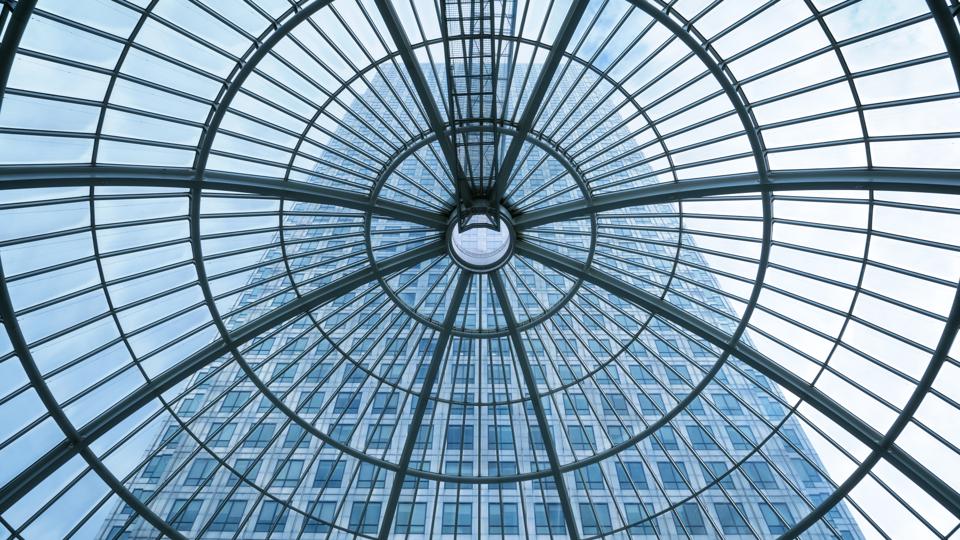 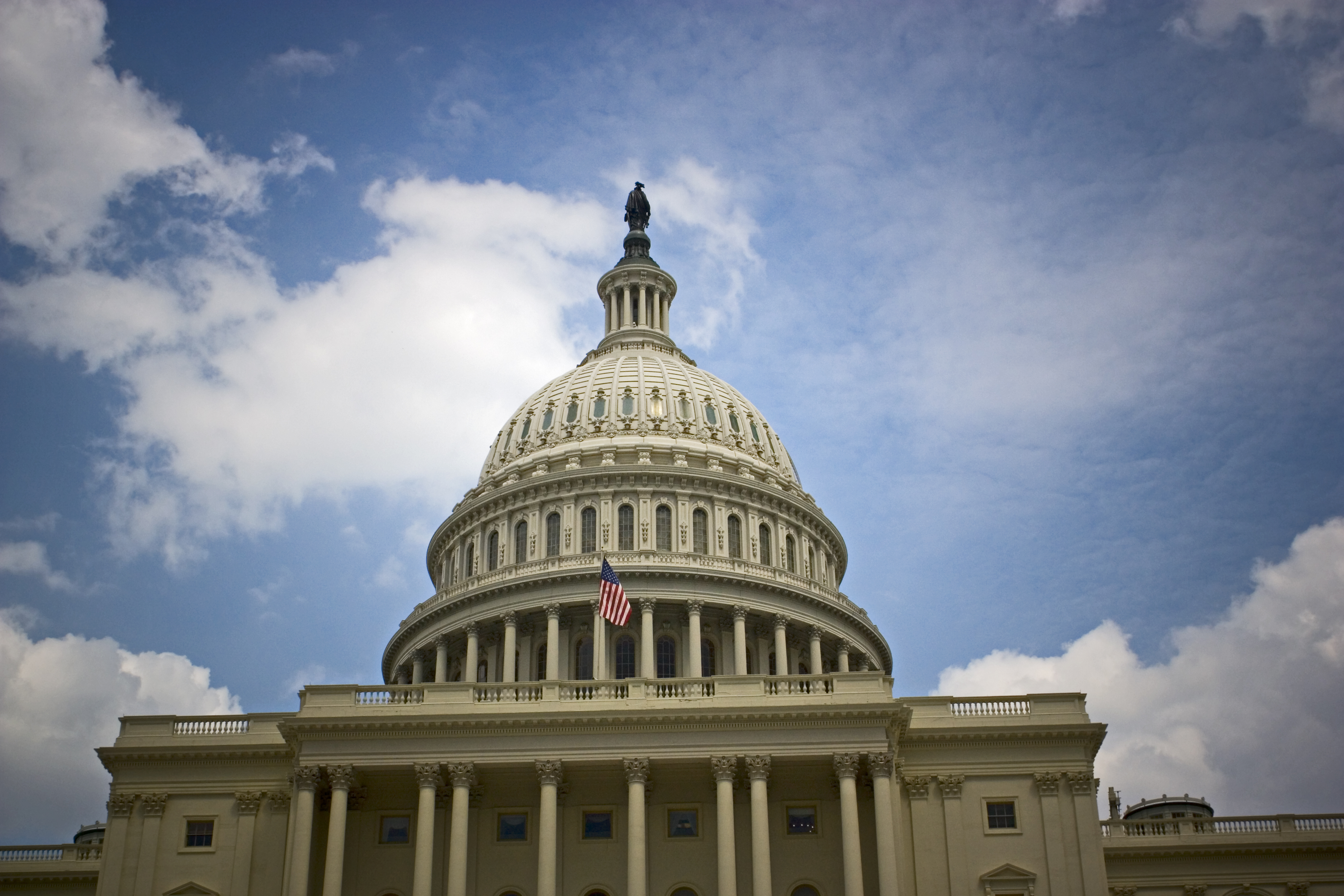 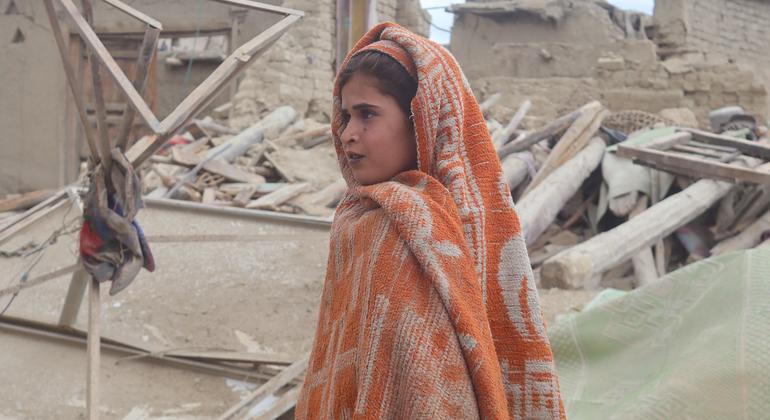 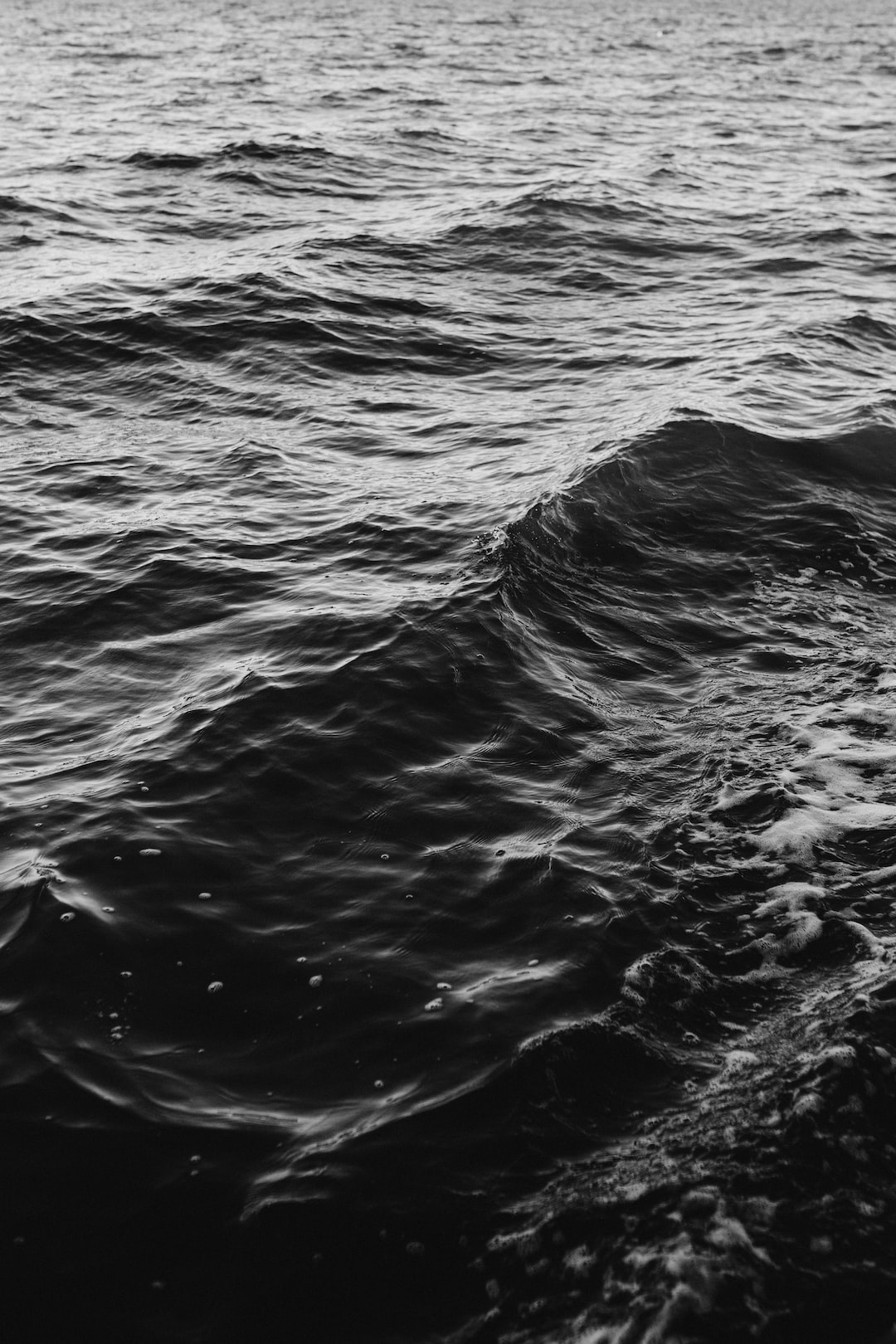 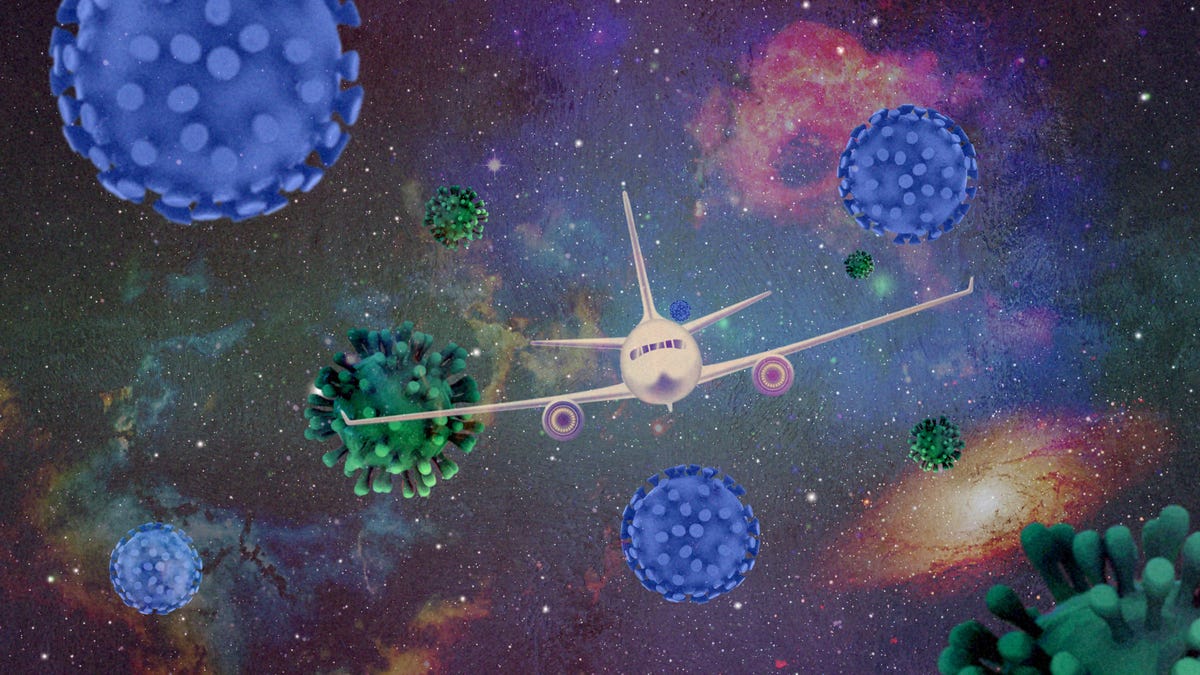 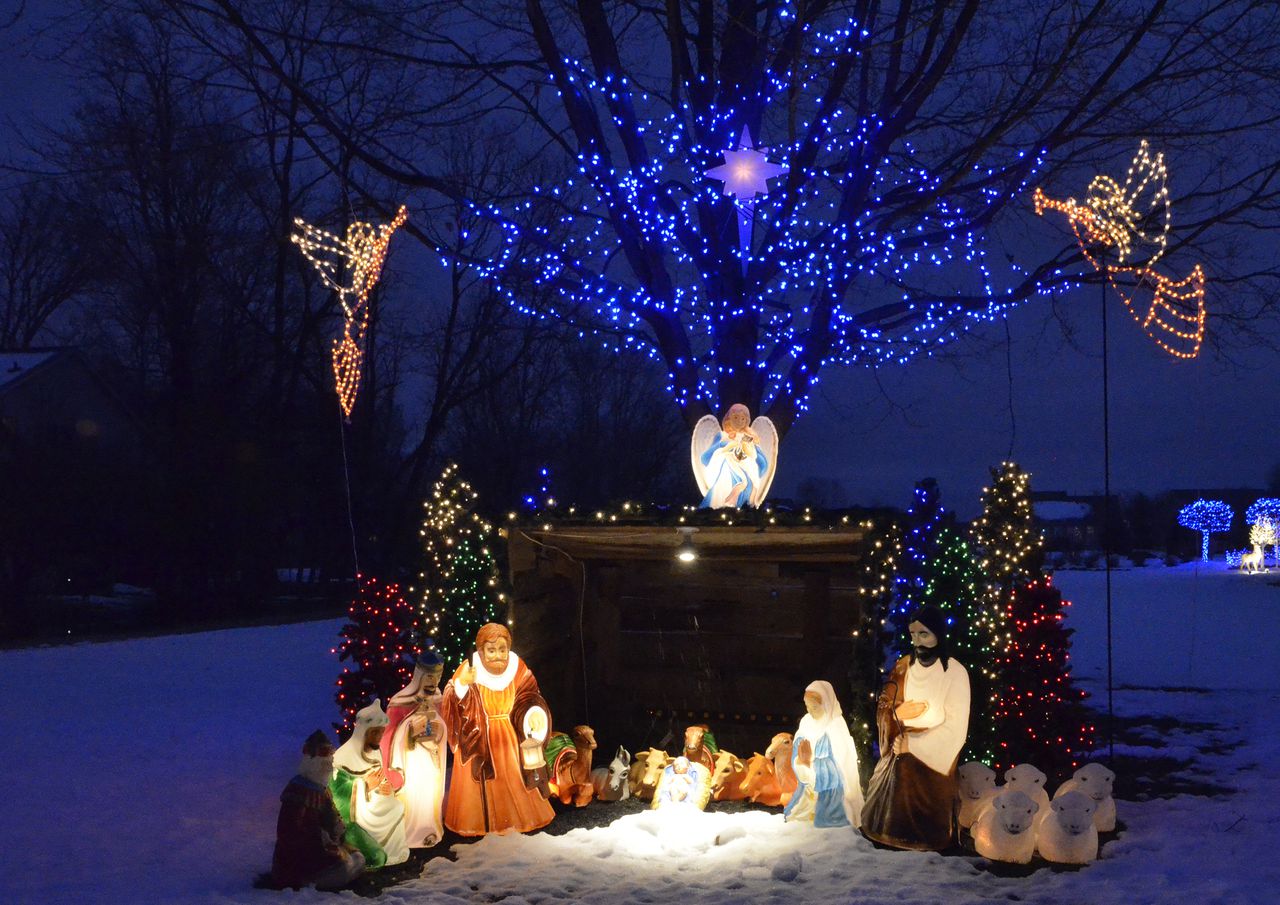