The success of Margret Atwood’s ‘The Handmaid’s Tale’ has been such that, since its publication in 1985, it now finds itself positioned alongside other major dystopian novels of the 20th century, drawing comparisons to Orwell’s ‘1984’. and Huxley’s “Brave New World”. Like them, it entered the cultural mainstream, spawning plays, films, a ballet, a major television series, and is regularly included in schools’ English literature curricula, as the symbolic meaning of the The red maid costume with its white winged hood is now instantly recognizable.

In 2000 Poul Ruders added to this list of works his opera, premiered at the Royal Danish Opera, which has since received many productions around the world, including a 2003 production at the English National Opera (ENO). Now under the artistic direction of Annilese Miskimmon ENO has staged a new production. It’s a decision which in itself affirms the quality of Ruders’ opera, but which was no doubt also aimed at attracting a new audience thanks to the public interest following the recent television series.

Ruders, with his librettist Paul Bentley, sticks closely to Atwood’s novel, retaining its significant events and characters, and of course its powerful message; one that exposes the tyranny that inevitably results when a society adopts an ideology, whether religious or otherwise, in which the individual is compelled, by the threat of force, to conform to its rigid principles. While Atwood treats his characters from a distance in order to magnify the polemical effect of the text, Ruders’ opera, however, focuses more on the development of the extreme emotions that the characters are forced to endure. The events are rearranged somewhat so that acts one and two are presented with a degree of symmetry and balance. The Symposium on The Republic of Gilead, for example, which concludes the novel, is divided into two parts, so that it both opens and ends the opera. It also successfully acts as a device for providing historical context to the events that follow, especially useful for audience members who may not have read the novel.

By retaining so many events from the book, Bentley condensed the narrative, which had the effect of accentuating its episodic nature. Not that that’s a problem per se: it makes it a fast-moving piece. Unfortunately, the unimaginative sets, designed by Annemarie Woods, meant they had to be changed almost scene by scene, which hampered the momentum and was also distracting to say the least. The sets also tended to be quite basic: mostly made up of just one or two props or just a curtain. Particularly somber was the staging of the nightclub scene which essentially consisted of a piano, placed center stage and the club’s name, “Jezebel’s”, in large letters hanging above.

There were, however, one or two well-constructed sets. The Soul Scrolls scene in particular stood out as both eye-opening and fun, in which Offred and Ofglen put counters in slot machines and won prayers as prizes. The wall on which the corpses hung was also cleverly imagined, with photographs of the dead placed in rows below the Eye of Gilead.

Woods had much more success with his costume designs, which successfully helped define the characters and were generally pleasing to the eye. Of course, she had little maneuver when it came to servants. Ditching the red suits was never going to be an option.

Miskimmon directed the production herself and despite the sets, she did a good job. The characters were defined clearly and convincingly, and each scene was developed with sensitivity. Additionally, the narrative-driven dynamic caused by the conflict between the characters’ underlying natures and the very unnatural situations they find themselves in was clearly presented, as was the resulting emotional fallout. She also paid close attention to the textual and musical intricacies of the work, which added depth and a sense of realism to their portrayal; even in such a dangerous and oppressive society, there is a place for comedy and tenderness. Yet she has always ensured that the violence on which the regime is founded is always at the forefront: armed guards wearing black hoods were frequently seen guarding the maids.

The flashback scenes were handled well. Performed behind a transparent and sensitively lit curtain, with Offred positioned in front so she can interact with her memories. Although Miskimmon was unable to overcome the distractions caused by the frequent set changes, she still managed to maintain a nice pace for the performance.

Ruders’ inventive and eclectic score, which successfully marries tonal and atonal while introducing a range of musical styles including religious chant, expressionism and 20th-century minimalism, received a dramatically tense, detailed and emotionally charged read. sensitive by the Orchestra of the English National Opera under the baton of Joana Carneiro. While always attentive to the evolving dramatic meaning of the score, she skilfully drew her range of richly colored textures, and took particular care in controlling the tempos and dynamic contrasts of the music, which gave her gave a clearly defined shape and drew attention to Ruders. ‘ a fascinating orchestration.

For such a gritty and violent narrative, the music contains a surprising amount of warmth and delicacy, which Carneiro brilliantly presented, and which had the effect of sharpening its dramatic impact.

The defining role of Lindsey’s performance

After escaping Gilead security forces, Offred recorded a series of tapes of his life under the regime, and it is these personal experiences that form the substance of the opera. Thus everything is seen from her point of view, everything revolves around her, it is she who dominates the story insofar as she is rarely off stage. The role therefore requires a singer actress with stamina and quality; a weak performance would significantly weaken the whole presentation. Fortunately, with the mezzo-soprano kate lindsey in the role, a strong performance was almost certainly guaranteed, and she did not disappoint.

Her finely tuned singing was expertly rendered to bring out all the emotional power and intricacies of the role, in which she moved convincingly between fear, bewilderment, tenderness, anger and love, with carefully placed flashes of humor, as she shaped her voice sharply. positioned accents, dynamic infections and a variety of subtle colors, supported by a versatile acting performance

One of the misconceptions that many people have about “The Handmaid’s Tale” is that it is a feminist work aimed at attacking a patriarchal system in which men, who hold power, abuse women, who are helpless. This is something that Atwood herself has worked to correct. In Gilead, it’s not just women who suffer, and it’s not just men who abuse, and that was a point clearly illustrated in this production. The Commander, for example, played by bass-baritone Robert Hayward, is one of the creators of Gilead and an important figure in the regime, but he has been portrayed as an emotionally drained man who takes no pleasure in imposing himself. at Offred. and instead breaks his own rules, on pain of death, in an effort to find emotional connections. In what was a fine performance, he tended to keep his emotions at bay, mostly delivering his lines forcefully, but fairly dispassionately.

Soprano Emma Bell as Aunt Lydia was hysterically committed to the regime and used her power relentlessly to punish anyone who transgressed. His determination to do his duty was superbly reflected in his tall, suitably hard, steely, undertones of brutal, heatless undertones.

Contralto Avery Amereau was cast as Commander Serena Joy’s wife, but there was no joy for her in Gilead. She lives in relative luxury with the power of life and death over her handmaiden, which she is more than happy to use, but must watch her husband rape Offred to have a child. Amereau has a beautifully dark and sensual contralto, which she used convincingly to capture her humiliation and pain, with an emotionally compelling performance.

There were also heroes, men and women, who risked their lives for others or simply to survive. Tenor Frederick Ballentine as Nick, the Commander’s driver and odd job, risks everything to make sure Offred escapes. He has a pleasant tenor with a firm tone that he used sensitively to define his character. Singing with a lot of emotional power, mezzo-soprano Pumeza Matshikiza was an energetic, spirited and feisty Moira. Refusing to yield under the regime’s violence and proving herself a loyal friend to Offred, she was the embodiment of the human spirit. Maids are not allowed to be alone when leaving their house, but must be accompanied by another maid. Ofglen, played by soprano Elin Pritchard, is named Offred’s shopping companion. She developed her character convincingly with a well-sung and well-acted performance as a strong-willed, practical woman who courageously acts to help others. During flashbacks, we are offered glimpses of Ofred’s family before Gilead. Offred’s mother was played by mezzo-soprano Susan Bickley while her husband Luke was played by tenor John Findon. Both performed well.

The other supporting characters have all received successful portrayals. Soprano Rhian Lois gave an emotionally versatile and powerful vocal performance as Janine, later to become Ofwarren. Emotionally fragile, she is completely unsuited to the demands of the regime and eventually succumbs to a mental collapse. Tenor Alan Oke created an utterly detestable portrayal of the Doctor, who casually abused his position, putting further pressure on Offred. Mezzo-soprano Annabella-Vesela Ellis was split into the small role of New Ofglen, but still managed to grab attention with an engaging, well-sung performance. Rita is a Martha, the governess of the Commander’s household, who, preferring the status quo, has little sympathy for Offred. She received a strong performance from mezzo-soprano Madeleine Shaw. The spoken role of Professor Pieixoto was shared by Camille Cottin, who convinced as an academic spokesperson.

The English National Opera female choir sang superbly and was skilfully choreographed by Imogen Knight. The arrival of the singing servants in two parallel lines perfectly evoked the regulated religious character that underlies the work and was one of the most powerful images of the presentation.

Even for audience members who have never read Atwood’s novel or seen the TV series, it would still have been an easily accessible and entertaining opera, in which the relevance of its dystopian vision must surely have resonated. For audience members who were already familiar with the work, they cannot have been disappointed as it captures much of the original work, while adding greater emotional depth. Moreover, it is a production which, on a purely musical level, was excellent from start to finish. And if the sets lacked a certain degree of imagination, the staging managed to give life to well-crafted scenes populated by well-defined characters. Overall, it was a presentation that proved the value of Ruders and Bentley’s opera.

Previous Waiting for a tax refund? 9 Top Reasons Your IRS Money Could Be Late 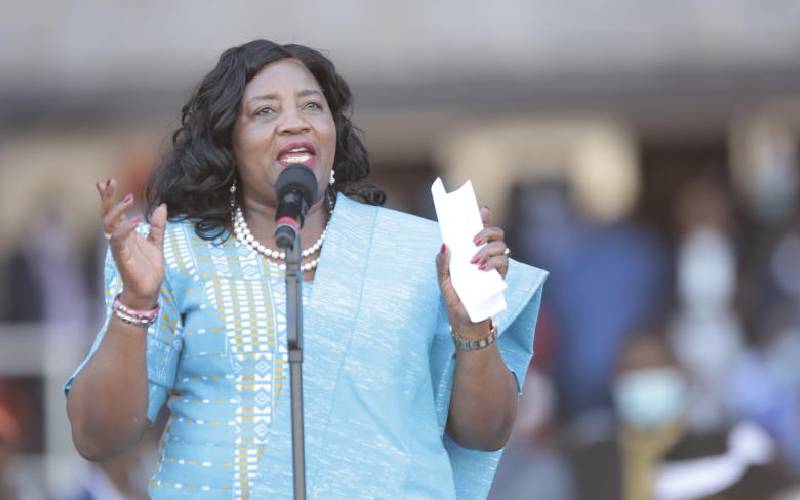 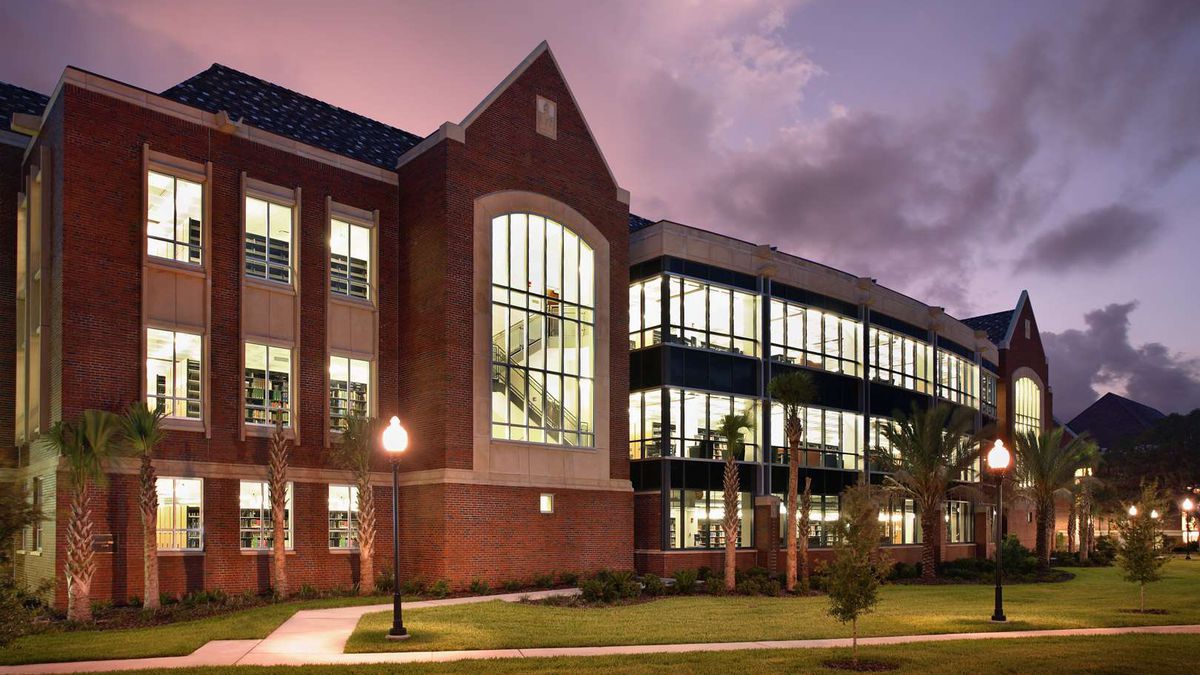 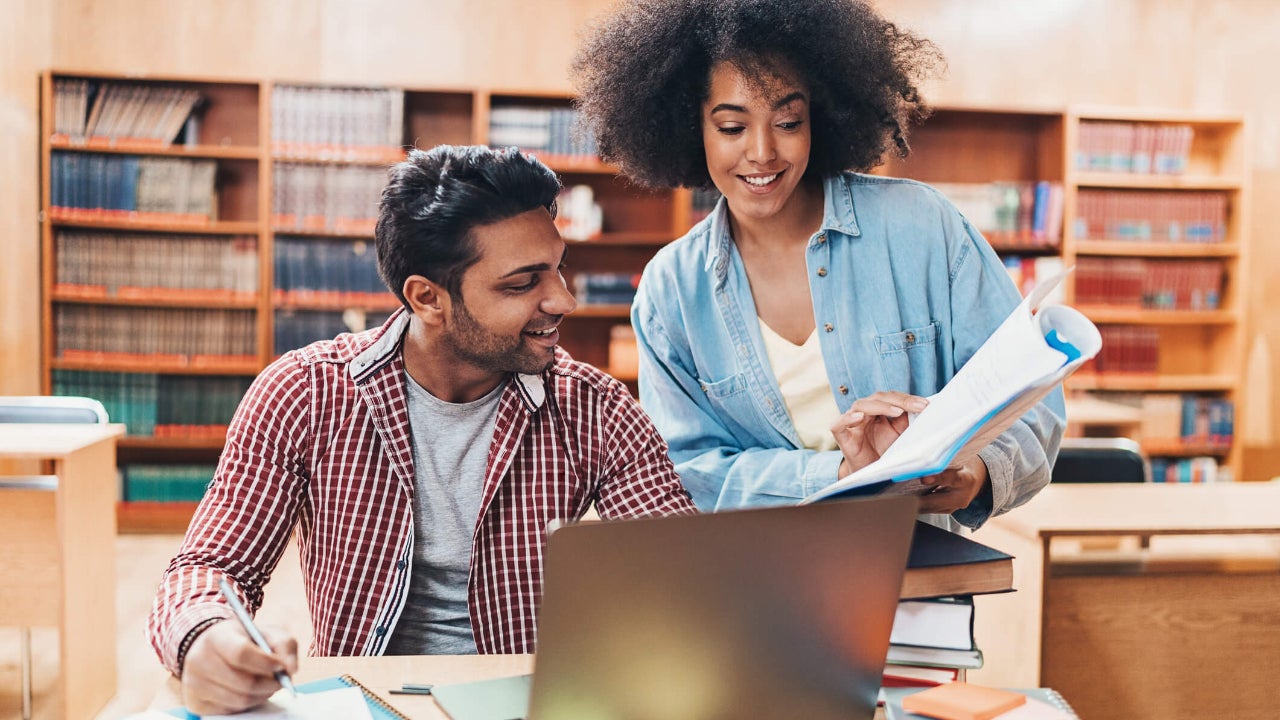 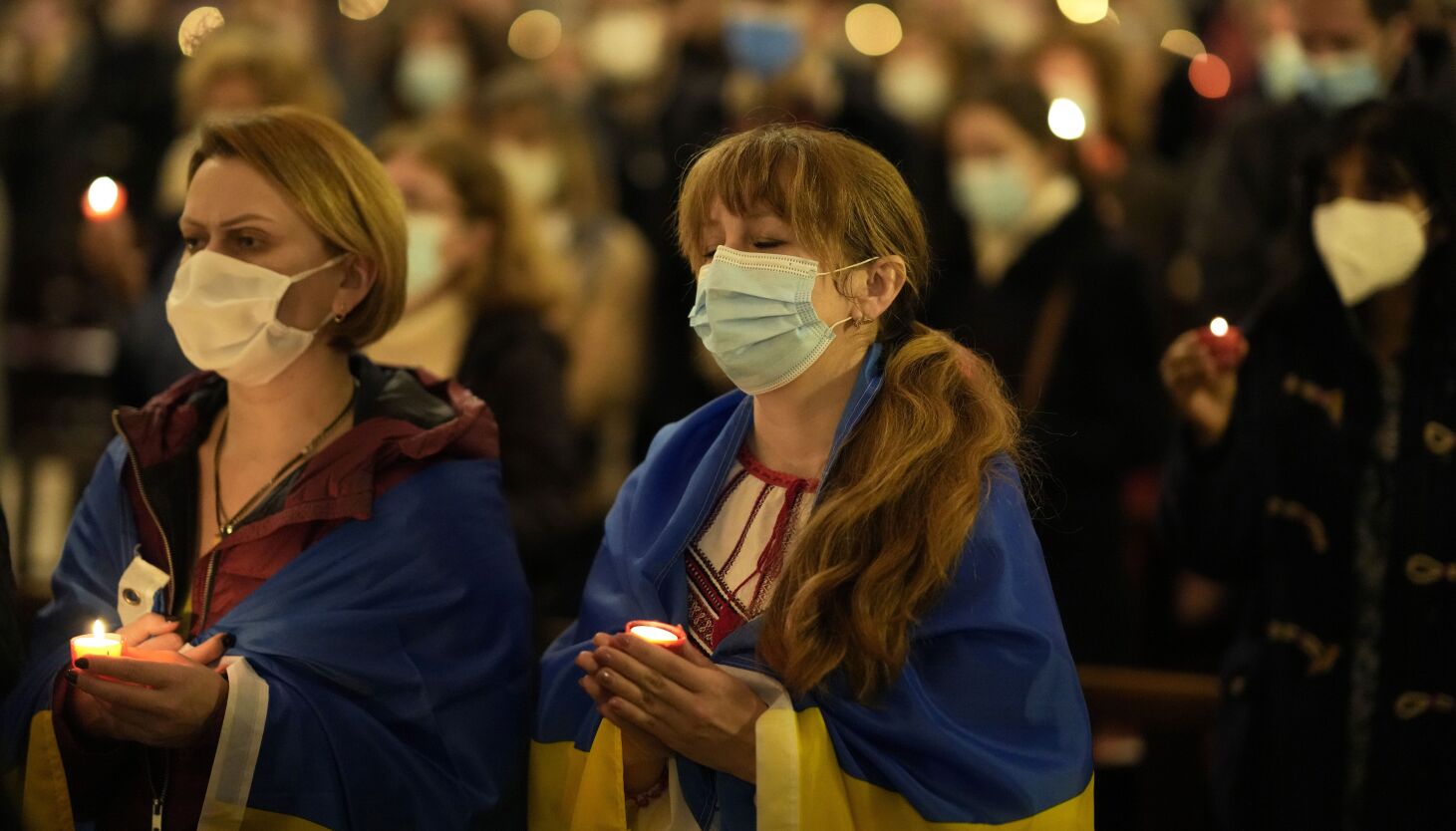 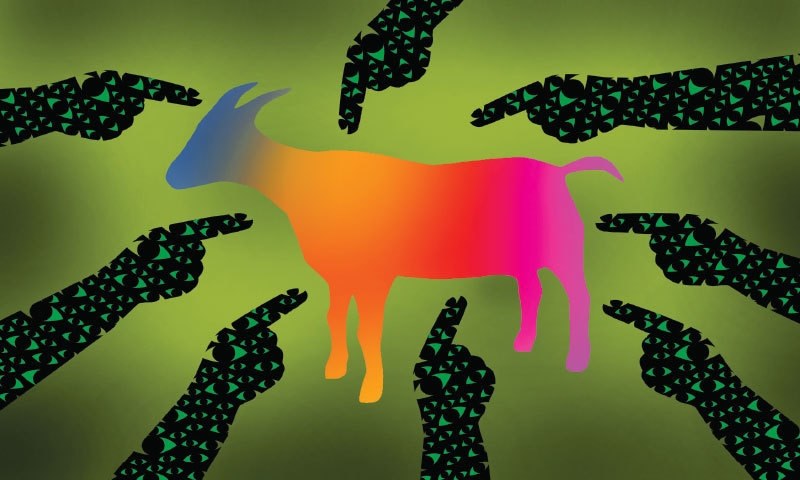